Every Doubt is a Leap of Faith

“[S]keptics must learn to look for a type of faith hidden within their reasoning.  All doubts, however skeptical and cynical they may seem, are really a set of alternate beliefs. . . The reason you doubt Christianity’s Belief A is because you hold unprovable Belief B.  Every doubt, therefore, is based on a leap of faith.” 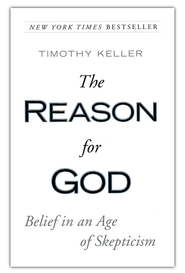 [Some will say], “‘My doubts are not based on a leap of faith.  I have no beliefs about God one way or another.  I simply feel no need for God and I am not interested in thinking about it.’  But hidden beneath this feeling is the very modern American belief that the existence of God is a matter of indifference unless it intersects with my emotional needs.  The speaker is betting his or her life that no God exists who would hold you accountable for your beliefs and behavior if you didn’t feel the need for him.  That may be true or it may not be true, but again, it is quite a leap of faith.

The only way to doubt Christianity rightly and fairly is to discern the alternate belief under each of your doubts and then to ask yourself what reasons you have for believing it.  How do you know your belief is true?  It would be inconsistent to require more justification for Christian belief than you do for your own, but that is frequently what happens. In fairness you must doubt your doubts.  My thesis is that if you come to recognize the beliefs on which your doubts about Christianity are based, and if you seek as much proof for those beliefs as you seek from Christians for theirs – you will discover that your doubts are not as solid as they first appeared.”

From the Introduction to The Reason for God, by Timothy Keller