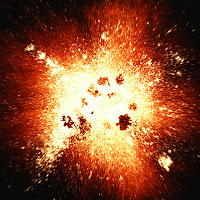 When someone commits to becoming a Christian case maker it can be overwhelming.  There are so many arguments and counter-arguments to master.  I think a great place to start is to learn just one argument and know it well. Imagine if every Christian committed to mastering just one argument for the existence of God, the reliability of the Bible or the resurrection of Jesus.  I believe more people would begin to at least consider what Christians had to say.

One family of arguments worth studying are the cosmological arguments for God's existence.  They include, but are not limited to:


In this post by Carl Weitnauer of Reasons for God, each of these arguments are explained and research links are provided for further study.  Weitnauer also includes links to answers to common objections to the arguments.  This page is a great place to begin studying the cosmological arguments for God's existence.

So learn and argument and start sharing it!

Cosmology, the Big Bang, and the Beginning

Videos: The Kalam Cosmological Argument with Peter S. Williams
Posted by Chad at 6:00 AM