Notes for The Case for Christ-The Film featuring Lee Strobel

Note to Readers: I recently showed this video as an introduction to some of the scholars and arguments related to the historical Jesus. The following are some notes I passed out to the class. I thought maybe they would prove helpful for someone considering the video for small group discussion, etc.

 The Case for Christ- The Film 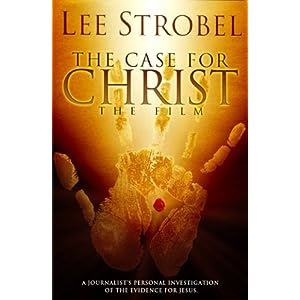 The Case for Christ- The Film 

The Case for Christ- The Film
A Journalist’s Personal Investigation of the Evidence for Jesus
Lee Strobel
PART ONE: Examining the Record

Lee Strobel accepted the New Testament as ancient historical documents and new that historians had certain criteria they applied to assess whether or not these documents were reliable. These became the basis for the first part of his investigation

Lee Strobel sought out more scholars to answer the question, “Who was Jesus?”

“In my vision at night I looked, and there before me was one like a son of man, coming with the clouds of heaven. He approached the Ancient of Days and was led into his presence.” (NIV)

Strobel now zeroed in on the ultimate evidence for who Jesus really was- the purported resurrection of Jesus from the dead.

Thanks for the notes on the video. They are very helpful and are appreciated.

Thanks a lot! I'm using this for a Youth Alpha Course.

Thanks a bunch. This is awesome!

Thanks for this Chad! I was looking for a good summary of Case for Christ and this is one of the best summaries found on the web. God bless! :)