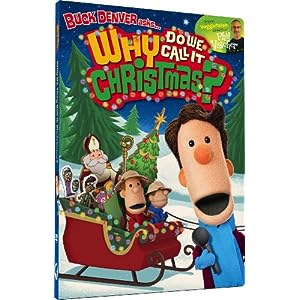 I grew up believing in Santa Claus.  I vividly remember getting up early Christmas morning, much to my Dad's chagrin,  and running out to the living room to find presents under the tree and Candy Canes hung all over the Christmas tree (this was something "Santa" did every year at my home).

I also remember the day that I found out Santa Claus didn't exist.  I believe I was around 7 years old and I was in my Grandmother's kitchen.  I started asking my Mom questions about the Easter Bunny [who I always believed was creepy!] and she allowed my questions to lead me to the logical conclusion that the Easter Bunny didn't exist.  I quickly drew the conclusion that Santa must not be real either.  My Mom confirmed that my reasoning had led to a sound conclusion.

I remember feeling disappointed and I wondered why parents would allow, or even encourage, their children to believe in things that don't exist; however, I cannot say that I was crushed or horrified. [1]

Now I have my own children and my wife and I had to decide what to teach them about Santa Claus.  We decided not to teach them that Santa Claus is real.  No flying reindeer with glowing red noses.  No strange man coming into your house at night, eating all the sweets and then leaving through the chimney, unless you don't have one, in which case I was told by one child that Santa simply turns into magic dust and goes through the keyhole!

The main reasons my wife and I decided not to teach our girls about Santa are:

1. I have no good reasons to believe that a man exists who flies around in his sleigh guided by magical reindeer delivering presents to boys and girls all around the world.

2. It would be a lie.  I also want my children to know that everything my wife and I say to them is true to the best of our knowledge.

3. Santa is strangely "god-like" in many of the popular stories and myths that circulate about him.  For example, claiming that "He sees you when your sleeping; he knows when you awake" seems to make him omni-present, an attribute which can only be properly used to describe God.

I believe that it is for each family to decide what they will teach their kids about Santa Claus.  Parents may want to consider simply teaching their kids about St. Nicholas.  Here are some great resources that are available to aid you in doing just that:

1. DVD- Buck Denver asks...Why Do We Call It Christmas?- This video discusses various Christmas traditions such as the origin of the name "Christmas," why we put trees up and who was St. Nicholas?

3. Book- The Legend of St. Nicholas: A Story of Christmas Giving by Dandi Mackall

4. Book- Saint Nicholas: The Real Story of the Christmas Legend by Julie Stiegemeyer

1. It should be noted that I did not grow up in a Christian household.