"The Woman is the Final Arbiter in the Abortion Decision." 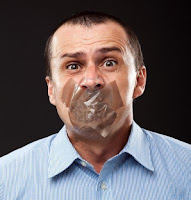 I have decided to read through Dave Sterrett's excellent book Aborting Aristotle for a second time and I am currently working on my review.  In his work, Sterrett deals with the works of various abortion choice advocates and their arguments.  One particular argument the author directly addresses is that of Paul Simmons who claims that "the woman is the final arbiter in the abortion decision" because men "do not know personally or experientially the threat and burden of an unwanted pregnancy." [p. 28-29].

"Why is he, as a man, who does not know pregnancy personally or experientially, able to be an 'artiter' on the abortion debate for anyone who disagrees with his view of abortion rights?" [p. 29]

Sterrett goes on to point out that "if Simmons is correct that men should not have the 'final say' or be the 'arbiter' then he has invalidated Roe v. Wade, the landmark decision on abortion, because it was decided by seven men (7-2) on the Supreme Court in 1973. [p. 29]