Can I Get a Witness? by William Lane Craig and Sean McDowell 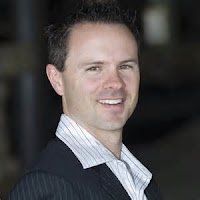 I recently had the opportunity to review Sean McDowell's excellent book The Fate of the Apostles.  My review is here.

In this featured post, McDowell teams-up with William Lane Craig to offer a defense for the historicity of Jesus' resurrection and challenges believers to share this truth with others!

"Christianity is a falsifiable religion. Christianity makes objective claims about the real world – claims that, by the evidence, can be either confirmed or disconfirmed.

If the bones of Jesus were found, then Christianity would be false. Paul said, “If Christ has not been raised, your faith is worthless; you are still in your sins” (1 Corinthians 15:17, NASB). Some religions may make untestable claims about reality, but Christianity makes claims about real events in history that can be tested. Let’s put it to the test!"

Craig and McDowell go on to offer a brief defense of 3 facts that point to the reality of the resurrection.  They are as follows:

1. The Tomb of Jesus was found Empty
2. Jesus Appeared to People after His Death
3. The Christian Faith Began as a Resurrection Movement

You can checkout the entire article here.