Learn about the Higgs Boson or "The God Particle" 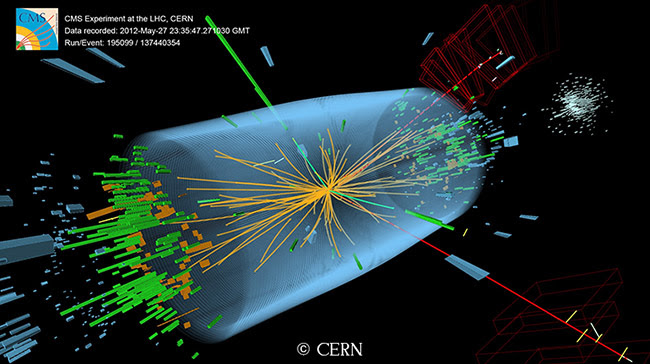 The recent Higgs Boson discovery [also known as "The God Particle"] has been all over the news as of late.

The following are a few articles and resources that I trust will help answer questions you may have about this recent development:

Courage and Godspeed,
Chad
Posted by Chad at 12:29 AM

The Other Chad said...

Thanks Chad for posting as this has indeed been an interesting topic to follow the past couple of weeks. This was the part of Dr. Craig's Q&A that was most beneficial for my understanding:

I really like Lederman’s nomenclature because it highlights two aspects of God’s existence, first, His conservation of the world in being, and, second, the hiddenness of God. With respect to the first, according to Christian theology, God not only created the universe in being, but He upholds it in being moment by moment. Were He to withdraw His sustaining power, the universe would be instantly annihilated. Similarly, on a physical level, without the Higgs boson nothing would have any mass and the universe would be devoid of physical objects. (By the way, no fear that the Higgs boson supplants God in conserving the universe because the Higgs boson is itself a contingent particle, which decays almost as soon as it is formed, so that it does not exist necessarily, and the Higgs boson and the Higgs field themselves are the products of the Big Bang and so non-necessary and non-eternal.)"