How We Got the Bible: The Birth of the Bible 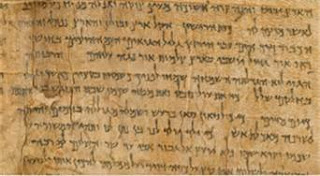 In chapter two of the book, the late Dr. Lightfoot wrote of the three different languages the Bible was originally written in:  Hebrew, Aramaic, and Greek. The majority of the Old Testament was written in Hebrew, however there were portions written in Aramaic.  He wrote the following regarding one of these portions:

The longest Old Testament section in Aramaic begins in Daniel 2:4. The first part of this verse is in Hebrew, and the Aramaic portion starts with the response of the Chaldeans, "O king, live forever!" An interesting confirmation of this linguistic change within the verse has come to light in recent years. The amazing Dead Sea Scrolls have produced a little fragment of this section of Daniel, and in the middle of Daniel 2:4 the Hebrew stops and the Aramaic begins exactly as our text reads two thousand years later. The Hebrew portion of Daniel resumes at the end of chapter 7. This transition of Aramaic to Hebrew is also confirmed by the Dead Sea Scrolls, for of the two manuscripts that have this section, both have the change from Aramaic to Hebrew precisely where our modern text has it!(1)

This speaks to the great care with which the Scriptures were copied!