Pt. 3- Four Facts about the Fate of Jesus of Nazareth: Did Jesus Rise From the Dead? 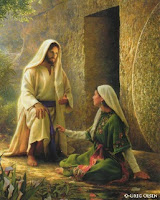 In this post, we continue to look at four facts concerning the fate of Jesus of Nazareth that are widely accepted by NT historians today.  The facts we have already dealt with include:

Fact 1: After His crucifixion, Jesus was buried by Joseph of Arimathea in a tomb.  See here.

Fact 2: On the Sunday after the crucifixion, Jesus' tomb was found empty by a group of His women followers.  See here.

Fact 3: On multiple occasions, and under various circumstances, different individuals and groups saw Jesus alive after His death.

a) Given its early date as well as Paul's personal acquaintance with the people involved, the list of eyewitnesses to Jesus' resurrection appearances that is quoted by Paul in 1 Corinthians 15:5-8 guarantees that such appearances occurred.

b) The appearance narratives in the Gospels provide multiple, independent attestations of the appearances.1

"It may be taken as historically certain that Peter and the disciples had experiences after Jesus' death in which Jesus appeared to them as the risen Christ."2

Abdu Murray makes his C.A.S.E. for the Resurrection of Jesus

Article: Did Jesus Really Rise from the Dead? by Mike Licona