Pt. 4- Four Facts about the Fate of Jesus of Nazareth: Did Jesus Rise From the Dead? 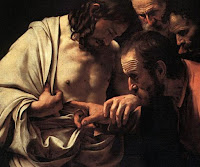 In this series, we have been considering four facts about the fate of Jesus of Nazareth that the majority of NT historians accept. Specifically, we have been looking at the reasons the facts are so widely accepted.

Fact 1: After His crucifixion, Jesus was buried by Joseph of Arimathea in a tomb.

Fact 2: On the Sunday after the crucifixion, Jesus' tomb was found empty by a group of His women followers.

Fact 3: On multiple occasions, and under various circumstances, different individuals and groups saw Jesus alive after His death.

This week, we consider Fact 4: The original disciples suddenly and sincerely came to believe Jesus was risen from the dead, despite having every disposition to the contrary.

1. Their leader was dead and Jewish messianic expectations did not expect a Messiah who, instead of triumphing over Israel's enemies, would be shamefully executed by them as a criminal.

2. According to OT law, Jesus' execution exposed Him as a heretic, a man accursed by God.

3. Jewish beliefs about the afterlife precluded anyone's rising from the dead to glory and immortality before the general resurrection of the dead at the end of the world.

Nevertheless, the original disciples suddenly came to believe so strongly that God had raised Jesus from the dead that they were willing to die for that belief."1

Next week, we will finish out this series by offering Dr. Craig's answer to the question, "What is the best explanation of these four facts?"

Article: What Every Christian Should Know about Paul by Eric Chabot

Evidence for the Historical Jesus Infographic by Stephan J. Bedard

Book Review: The Fate of the Apostles by Sean McDowell
Footnote:
1. William Lane Craig, "Did Jesus Rise from the Dead?," The Apologetics Study Bible, p. 1729.
Posted by Chad at 6:00 AM