Secular Jew David Berlinski on the Limits of Science 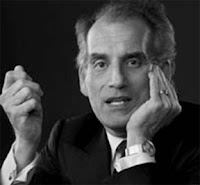 "Has anyone provided a proof of God’s inexistence? Not even close.

Has quantum cosmology explained the emergence of the universe or why it is here? Not even close.

Have the sciences explained why our universe seems to be fine-tuned to allow for the existence of life? Not even close.

Are physicists and biologists willing to believe in anything so long as it is not religious thought? Close enough.

Has rationalism in moral thought provided us with an understanding of what is good, what is right, and what is moral? Not close enough.

Has secularism in the terrible twentieth century been a force for good? Not even close to being close.

Is there a narrow and oppressive orthodoxy of thought and opinion within the sciences? Close enough.

Does anything in the sciences or in their philosophy justify the claim that religious belief is irrational? Not even ballpark.

Is scientific atheism a frivolous exercise in intellectual contempt? Dead on."1

It should be noted, as Berlinski's website states, he "does not dismiss the achievements of western science. The great physical theories, he observes, are among the treasures of the human race. But they do nothing to answer the questions that religion asks, and they fail to offer a coherent description of the cosmos or the methods by which it might be investigated."2

For more from Berlinski on these topics, check out his book The Devil's Delusion.

What is the Relationship between Science and Religion?