Philosopher Richard Swinburne on the Multi-verse 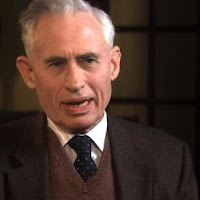 "To postulate a trillion-trillion other universes, rather than one God, in order to explain the orderliness of our universe, seems the height of irrationality."1

Footnote:
1. Richard Swinburne, Is There a God?, p. 68 as quoted by Peter S. Williams in Outgrowing God?

Article: Can Multiverse Theories Explain the Appearance of Fine Tuning in the Universe? by J. Warner Wallace

Multiverse Theory, The Anthropic Principle and Vampires
Posted by Chad at 7:00 AM