Audio: The Real Problem with Buddhism MP3 by Ellis Potter 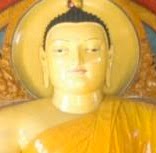 Brian of Apologetics315 continues to dish out the best apologetics audio resources around.

Recently, Brian featured a lecture given by a former Buddhist who evaluates Buddhism.

"Ex-Zen Buddhist Ellis Potter gives this talk evaluating Buddhism. (Hear an interview with him here, and another MP3 evaluating Eastern Religions here.) This talk explores the concepts of monism, dualism, trinitarianism, and the concept of unity and diversity. A number of other Ellis Potter lectures can be found here. Original audio hosted at Christian Heritage."

The full MP3 audio can be found here.

Courage and Godspeed,
Chad
Posted by Chad at 3:00 PM 2 comments:

This post is the third in a series where I ask you the reader to respond to a video, article, or quote in the comments.

Then, share whether or not you think ID is indeed science or not. Please be sure to share the reasons for your conclusion.

I appreciate and look forward to your participation!

Courage and Godspeed,
Chad
Posted by Chad at 10:00 AM 4 comments:

Audio: Why We Believe the Bible: MP3 Series by John Piper

Brian over at Apologetics315 has recently posted some interesting looking audio from John Piper on Why We Believe the Bible. Notes can be found here.

A common claim repeated by Darwinists is that the terms- 1) micro-evolution- the genetic changes within and among populations 2) macro-evolution- the evolution of biological categories above the level of species- were simply created by creationists and have no meaning outside of creationism.

As Jonathan Wells, in his book The Politically Incorrect Guide to Darwinism and Intelligent Design explains:

In 2005, Darwinist Gary Hurd claimed that the distinction between microevolution and macroevolution was just a creationist fabrication. Asked to review proposed science standards requiring students to study evidence both for and against Darwinism, Hurd wrote to the Kansas State Board of Education: “I am confident that there are qualified commentators who will have pointed out the absurdity of differentiating ‘macro’ and ‘micro’ evolution-terms which have no meaning outside of creationist polemics.”

However, is it indeed true that the terms ‘macro’ and ‘micro’ evolution originated with the creationist camp? Wells continues:

“Hurd represented himself as an expert on evolutionary biology, but the distinction between microevolution and macroevolution was first made by evolutionary biologists. In 1937, Theodosius Dobzhansky noted that there was no hard evidence to connect small-scale changes within existing species (“microevolution”) to the origin of new species and the large-scale changes we see in the fossil record (“macroevolution”). Since “there is no way toward an understanding of the mechanisms of macro evolutionary changes, which require time on a geological scale, other than through a full comprehension of the micro evolutionary processes observable within the span of a human lifetime,” Dobzhansky concluded: “For this reason we are compelled at the present level of knowledge reluctantly to put a sign of equality between the mechanisms of macro- and macroevolution, and proceeding on this assumption, to push our investigation as far ahead as this working hypothesis will permit.”

Further, in 1940, Berkeley geneticist Richard Goldschmidt published a book arguing that “the facts of microevolution do not suffice for an understanding of macroevolution.” [1]

So, we can safely conclude that the terms ‘macro’ and ‘micro’ evolution were not made up by creationists.

Admittedly, the terms have been used and abused by those on both sides of the debate; however, this only serves to remind one that in any discussion regarding the term evolution, it is imperative that one clarifies his or her terms.

A Quotable Quote Regarding DNA

"Human DNA contains more organized information than the Encyclopedia Britannica. If the full text of the encyclopedia were to arrive in computer code from outer space, most people would regard this as proof of the existence of extraterrestrial intelligence. But when seen in nature, it is explained as the workings of random forces."

Courage and Godspeed,
Chad
Posted by Chad at 10:20 PM No comments:

Book Preview: Has Christianity Failed You? by Dr. Ravi Zacharias 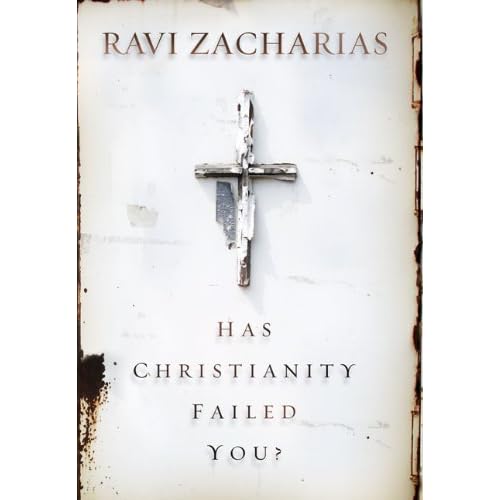 "Is Christianity not what you thought it was?
Have you stumbled and fallen in your faith?
Do you have intellectual questions that are unanswered?
Have you been affected by hypocrisy in the church?
Are you swayed by the challenges to the Holy Scriptures?
Has science tested your Christian belief?

Has Christianity Failed You? was written for those who have struggled to understand their belief and faith in Jesus Christ. Ravi explores the hard questions about what it means to be a follower of Jesus Christ and those who feel betrayed both intellectually and spiritually. In his landmark new book, he addresses the struggle he hears from both skeptics and Christians: Has Christianity failed us? And can irrefutable charges be brought against it by skeptics and disappointed believers alike?"

You can read a sample chapter here.

Watch a preview of the book here.

If you have struggled with belief in the past or have even walk away from God, I encourage you to give Dr. Zacharias a fair hearing. He is a gifted speaker who really cuts to the heart of issues such as these.

Courage and Godspeed,
Chad
Posted by Chad at 9:58 PM 3 comments:

Cultivate a Heart for the Harvest by Kenneth Boa

The harvest is plentiful, but the workers are few. Therefore, I will pray that the Lord of the harvest will send out workers into His harvest.
(Matthew 9:37; Luke 10:2)

Do you not say, "Four months more and then comes the harvest?" Behold, I say to you, lift up your eyes and look at the fields, for they are white for harvest. Even now the reaper draws his wages, and gathers fruit for eternal life, that he who sows and he who reaps may rejoice together.
(John 4:35-36)

Please give me eyes for the harvest and a heart for evangelism so that I will long to see the people I love come into a saving relationship with You through the merits and grace of Your Son, Jesus Christ. May I be involved in the harvest as a worker who prepares the soil, plants the seed of Your word, cultivates the soil, and waits for Your harvest.

For those of you who live on the West Coast, you may be interested in the forthcoming Bayside Apologetics Conference taking place on August 27th and 28th at Bayside Church in Roseville, CA.

For more information on the event see here or here.

Many thanks to "Apologetics Guy" Mikel Del Rosario for the heads-up about this event!

Courage and Godspeed,
Chad
Posted by Chad at 6:00 AM 2 comments:

Resource: Is the Qur'an the Word of God? A Christian and Muslim Dialogue

Pastor Aaron Goerner's blog and e-book, Is the Qur'an the Word of God, provides excellent resources for witnessing to Muslims.

“No defense of Christian faith today exceeds in importance the case for Christianity over against Islam. Pastor Goerner's Is the Qur'an the Word of God? meets this need in an ideal way. (1) It is ... in every sense a practical tool for Christian witness. (2) It is solidly documented... (3) It focuses, as its title suggests, on the central issues, never becoming bogged down in minutiae or irrelevancies. The book cannot be too highly recommended to every Christian concerned with the advance of Islam in our 21st century world.”

For more information on his e-book, see here.

I have also added this resource to our Apologetics Arsenal located here.

Courage and Godspeed,
Chad
Posted by Chad at 3:07 PM No comments:

Video: Bloom Where Your Planted: How to Get into Apologetics Ministry by Greg Koukl

In this video, Greg Koukl answers the question, "How do you get into Apologetics Ministry?"

You can also check out other Koukl videos dealing with the problem of evil, the person and teachings of Jesus, faith vs. free will, and more here.

Resource: Got Questions?- The Bible has Answers, We'll Find Them for You!

gotquestions.org is a great site that offers answers to 231, 134 Bible questions and the list continues to grow!

Questions include:
Further, you are now able to order the Got Questions? book by by S. Michael Houdmann, General Editor. The book includes a Scripture index and topical index.

I encourage you to visit gotquestions.org for thousands of answers to some of your toughest bible questions.

Do You Desire to KNOW if Jesus' Teaching Comes from God?


“If anyone's will is to do God's will, he will know whether the teaching is from God or whether I am speaking on my own authority" [John 7:17, ESV; Emphasis mine].

To find out what it truly means to follow Jesus, see here.

Courage and Godspeed,
Chad
Posted by Chad at 11:10 PM No comments:

Article: Why Deism Fails as a Philosophical Paradigm of the Universe

In this featured article, Rich Deem explains why deism ultimately fails to answer a number of the "big questions" of our existence.

Courage and Godspeed,
Chad
Posted by Chad at 2:51 PM 9 comments:

In this featured article, apologist Greg Koukl explains why Christianity's history, although many times characterized as "blood-thirsty," actually has "a legacy of radical transformation for good."

Visit Stand to Reason for more great resources from Greg Koukl and company.

Article: What is God's Answer to Suffering? by Peter Kreeft