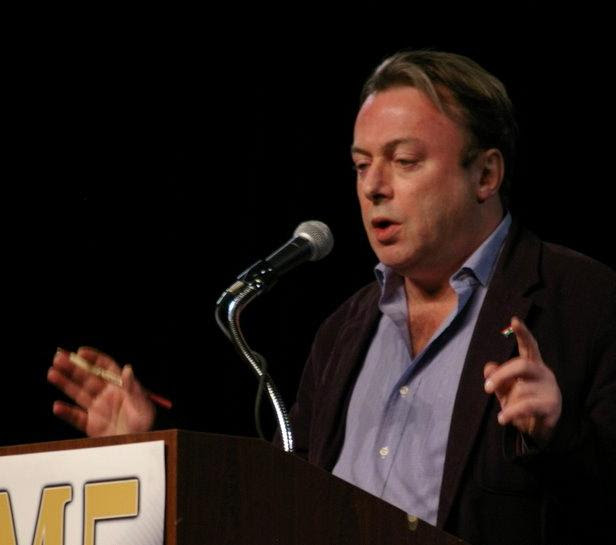 Love him or hate him, Christopher Hitchens has guts. He is not afraid to debate anyone and freely speaks his mind. One should give credit where credit is due and Hitchens deserves props for debating all comers.
However, Mr. Hitchens rejects the God of Christianity for numerous faulty reasons. I remember listening to a debate between Hitchens and Dr. Frank Turek and if someone asked me to sum up Hitchens' arguments in that debate, it would go something like this:
1. compliant + compliant = no God
2. compliant + a theist who has done bad things = no God
3. God doesn't act the way I think He should; therefore, God doesn't exist
In an article entitled, Analyzing Christopher Hitchens' Case against God, the Wintery Knight examines the arguments used by Hitchens in his debate with Turek.
In summing up Hitchens' arguments, Turek said it best: "There is no God, and I hate Him."
However, Turek also went on to say, "There is a God and He loves Christopher Hitchens..."
I encourage our readers to check out the Wintery Knight's analysis here.

Courage and Godspeed,
Chad A. Gross
Posted by Chad at 10:54 AM

Jay Richards had a debate with Hitchens and he had an even better comment:

“A sneer is not an argument and insults do not constitute evidence”.

Ah yes; classic! Thank you again for your work.

The fact that Hitchens does not believe in God because he wants to do what he wants to do sounds more like rebellion than disbelief. It is sad that his heart has become so hardened toward God. We need to pray for Hitchens, that during his debate with Craig the truth will be revealed to all those attending, including him.

You make some great points and we DO need to remember to pray for Hitchens.

As I mentioned in the post, I completely disagree with him on numerous points; however, I do respect him.

Thank you for reminding us to pray for C. Hitchens.