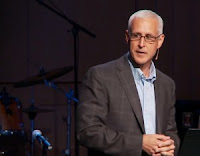 Lawrence Krauss: "Physics has changed what we mean by 'nothing'...Empty space is a boiling, bubbling brew of virtual particles popping in and out of existence...If you wait long enough, that kind of 'nothing' will always produce particles." [1]

J. Warner Wallace: "The evidence demonstrates all space, time, and matter began with the origin of the universe.  Whatever preceded the universe cannot, therefore, have been spatial, temporal, or material, at least by the definitions we have been using all along.  Emergent models redefine the meaning of "nothing" to include "something" (the primordial vacuum, virtual particles, and time).  While this solves the problem semantically, it doesn't solve the problem evidentially." [2]

Dr. Krauss is anti-scientist #7 at
http://lifescienceprize.org/?page_id=111