How Did the Early Church Leaders Decided Which Books Would Be Included in the New Testament Canon? 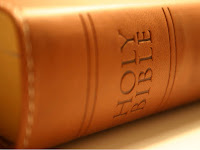 The canon describes which books were accepted as official and included in the New Testament.

The early church had three sensible criteria for determining which books made it into the New Testament, as celebrated New Testament Scholar Bruce Metzger explained in an interview with Lee Strobel:

"First, the books must have apostolic authority-that is, they must have been written either by apostles themselves, who were eyewitnesses to what they wrote about, or by followers of apostles.

Second, there was the criterion of conformity to what was called the rule of faith.  That is, was the document congruent with the basic Christian tradition that the church recognized as normative?

And third, there was the criterion of whether a document had had continuous acceptance and usage by the church at large."1

Metzger went on to point out:

"What's remarkable...is that even though the fringes of the canon remained unsettled for a while, there were actually a high degree of unanimity concerning the greater part of the New Testament within the first two centuries.  And this was true among very diverse congregations scattered over a wide area."2

"From the very beginning, Christians embraced four Gospels, the Acts of the Apostles, the letters of Paul and at least one letter from John.  Even if this score of books had been the only documents that represented eyewitness testimony about Jesus, every vital truth of Christian faith would remain completely intact."3