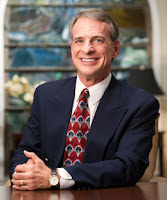 "Now this view, which one often hears expounded by laypeople and college sophomores, is rooted in ignorance of what the world's great religions teach. Anyone who has studied comparative religions knows that the worldviews propounded by these religions are often diametrically opposite one another. Just take Islam and Buddhism, for example. Their worldviews have almost nothing in common. Islam believes that there is a personal God who is omnipotent, omniscient, and holy, and who created the world. It believes that people are sinful and in need of God's forgiveness, that everlasting heaven or hell awaits us after death, and that we must earn our salvation by faith and righteous deeds. Buddhism denies all of these things. For the classical Buddhist ultimate reality is impersonal, the world is uncreated, there is no enduring self, life's ultimate goal is not personal immortality but annihilation, and the ideas of sin and salvation play no role at all. Examples like this could be multiplied."1

In other words, they contradict; therefore, the view that says all religions are true or equally valid is demonstrably false.