Counterpoints: Richard Dawkins vs. John Lennox on Religion and Atheism 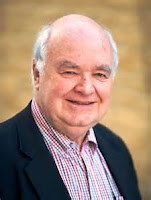 Richard Dawkins: "Imagine, with John Lennon, a world with no religion. Imagine no suicide bombers, no 9/11, no 7/7, no Crusades, no witch-hunts, no Gunpowder Plot, no Indian partition, no Israeli/Palestinian wars, no Serb/Croat/Muslim massacres, no persecution of Jews as 'Christ-killers', no Northern Ireland 'troubles', no honor killings', no shiny-suited bouffant-haired televangelists fleecing gullible people of their money ('God wants you to give till it hurts').  Imagine no Taliban to blow up ancient statues, no public beheadings of blasphemers, no flogging of female skin for the crime of showing an inch of it."1

To see the other posts in our "Counterpoints" series, go here.