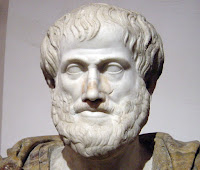 If you go into a local bookstore and look in the section titled "Metaphysics" you are likely to find books on psychics, crystals and mysticism.  Sadly, the term has been hijacked and in this post I want to clarify just what metaphysics is.

Technically speaking, metaphysics is a discipline within philosophy.  According to H. Wayne House and Joseph M. Holden in their book Charts of Apologetics and Christian Evidences, metaphysics "literally means 'after physics' in Greek.  This thought process was named by Andronicus of Rhodes to designate the unnamed books that appeared after Aristotle's Physics.  Through the use of the term 'beyond' or 'after,' the term metaphysics has come to be known as beyond the physical, a study of being or reality.  'What are the ultimate, objective constituent of reality?' 'What is the nature of space and time?' 'Must every event have a cause?'"1

“Metaphysics has been defined as the branch of philosophy that deals with the first principles of things…Metaphysics also applies to concepts such as being, knowing, substance, cause, identity, time, and space.”2

So don't confuse "pop" metaphysics with the real thing!

Thanks for sharing this helpful explanation. Nicely done.