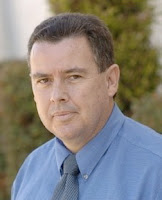 "Objective moral values are logically incompatible with all forms of ethical relativism, including naturalistic, atheistic, evolutionary theory. Ethical relativism is incoherent and cannot serve as an acceptable moral theory.  In  the the absence of a morally perfect, personal God morality can only be conventional, arbitrary, and subjective in nature.

Objective ethical principles do exist, but they cannot exist in a metaphysical vacuum.  What is morally good [ethical] cannot be separated from what is real [metaphysical] and what is true [epistemological].  But atheism has no foundation upon which to ground man's conscious awareness of moral obligation.  Without God, objective moral values have no metaphysical anchor and thus cannot be accounted for.

Unlike secular attempts to account for morality, the ethics of Christian theism are grounded in the morally perfect nature of God who has specifically revealed his will to mankind.  God is therefore the source and foundation for objective moral values.  Absolute moral law extends from the cosmic moral Lawgiver.  The God revealed in the Judeo-Christian Scriptures is the morally perfect person who stands behind the objective moral order discovered in the universe."1