Brian Fisher on the Federal Government and Abortion 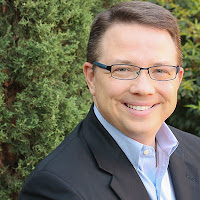 In his blog post, "Impossible. Difficult. DONE.," Brian Fisher of the Human Coalition explain why we, the body of Christ, should not look to the federal government to solve the abortion problem. He writes:

"Too many Christians believe abortion is a political issue. Abortion is not a political issue, and it cannot be solved through political means. Abortion is a spiritual issue, and it must be ended through Christ-followers. Christians constantly wring their hands while they bemoan this elected official or that, wondering why politicians betray pre-born children and their families after making pro-life promises during their campaigns.

Seriously? Are we still surprised that politicians lie? Folks, although the Democratic Party clearly espouses and pushes abortion rights, and considers it a key portion of their plank, the Republican Party has a long history of waffling and equivocation concerning pro-life legislation. The Republicans have had opportunities to overturnRoe v. Wade, or at least make great gains in pro-life legislation. Yet they have invariably caved.

Though there have been great gains in pro-life legislation in various states, the federal government remains a pro-death institution intent on supporting Planned Parenthood and using our tax dollars to kill hundreds of thousands of children a year. Good grief, Planned Parenthood got caught selling baby parts last year, and the Feds still didn’t budge! Instead, with brutal regularity they betray our Constitution, the American people, and those they’ve sworn to protect. Republicans have had control of the executive and legislative branches in years past, and we are still killing a million babies a year.
If you are leaning on or hoping the federal government will solve the abortion epidemic—stop it. They won’t. They don’t have the backbone. Pray for them."1

In other words, who has the power to end abortion?  The body of Christ!

"So let’s commit together to stop complaining about politics and corrupt politicians. Let’s come together, link arms, and change our culture, one heart at a time."4

What do you think?  Share your thoughts in the comments below!

Footnote:
1. Brian Fisher, "Impossible. Difficult. DONE.," Nov. 4, 2016.
2. The manner in which you vote should obviously reflect your pro-life views, but don't stop there. Share your pro-life convictions and their grounding in Christ.
3. Ibid.
4. Ibid.
Posted by Chad at 6:00 AM