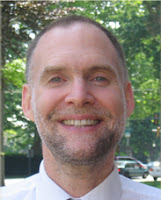 "Not only the Majority World today but also the history of Christianity, including in the West, is replete with supernaturalist claims.  The modern Western prejudice against acknowledging or exploring miracle claims rests not on a total lack of evidence for such claims, even in Western history, but on an a priori insistence that they be screened from consideration.  Yet such claims belong not only to earlier history or to non-Western cultures; countless examples can be offered today, including in the West."1

For those interested in learning more about this topic, you may want to checkout Keener's 2 volume set, Miracles: The Credibility of the New Testament Accounts.

Saints and Skeptics: Six Poor Reasons for Rejecting the Miraculous

Video: Are Miracles Even Possible?
Posted by Chad at 6:00 AM