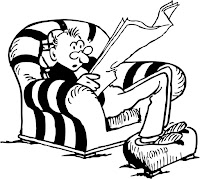 William Dembski Moves on From ID: Some Reflections

Assisted suicide marches on as Congress fails to act

Even dolls are choosing to be transgender now

Scientists: Here's What Really Causes Climate Change (And It Has Nothing To Do With Human
Beings)

Schools are Teaching Islam but Banning Christianity: These Jersey Moms Want to Find Out Why

Thoughts on Is Genesis History?

Chad,
This link did not work: "Thoughts on Is Genesis History?"

I'd really like to read more about this film which I saw a few days ago. My major concern is that they did not address any of the problems with YEC.

Thank you and God bless,

Thank you for drawing our attention to that!

It seems the entire site is down at the moment. Try back in a bit. The link is a critique of the film by Reason to Believe's Jeff Zweerink.

Thank you Chad. I thought the movie was very well done and Del Tackett has done his homework. But I still would like to have seen some response to the very substantial arguments against the YEC view.

I look forward to Zweerink's comments and your's as well if you ever see the movie.

I look forward to seeing the film!

I just checked and Zweerink's critique is up again! You may have already seen it, but I want to let you know.

Have a great week!

I had a chance to listen to the response to the movie by Jeff Zweerink and the Reason to Believe folks on their podcast today. They pretty much said what I felt after the movie (basically having some problems with the YEC interpretation of the data).
I think that if one have done some reading and a bit of research, you start to get a feel for the issues. Most people that I know who have done so are of the opinion that the earth is indeed much older than 6,000 years. I respect the YEC folks and choose not get too caught up in the debate. I find great Christians on both sides, and BTW, there are many intermediate positions and various views of providence; it's not a two-sided issue at all. Where one comes down does not have much to do with one's maturity as a Christian. It should not be part of mere orthodoxy, IMO.

While I could not hope to read all of the links, I appreciate the curated list. The seven-year-old who preferred an autograph from an Army reservist to an autograph from baseball pros was a truly moving story!

On the other hand, the "What Really Causes Climate Change" article completely misunderstood Stephen Meyers' research. The Nature article presents strong evidence that deflection of the Earth's orbit by interactions with Mars has caused some instances of climate change in the past. This obviously has no bearing whatsoever on the debate over anthropogenic climate change, because the orbit of the Earth has not been deflected at all in the past 200 years.

Moreover, the Nature article does not claim that the deflection of the Earth's orbit accounts for all, or even most, of the climate change that can be inferred from geophysical evidence.

In other words, the article title was completely misleading.