J.P. Moreland on Consciousness and Evolution 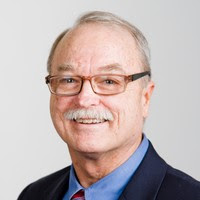 "...you can't get something from nothing...It's as simple as that.  If there were no God, then the history of the entire universe, up until the appearance of living creatures, would be a history of dead matter with no consciousness.  You would not have any thoughts, beliefs, feelings, sensations, free actions, choices, or purposes. There would be simply one physical event after another physical event, behaving according to the laws of physics and chemistry...How then, do you get something totally different- conscious, living, thinking, feeling, believing creatures- from materials that don't have that?  That's getting something from nothing!  And that's the main problem...However...if you begin with an infinite mind, then you can explain how finite minds could come into existence.  That makes sense.  What doesn't make sense- and which many atheistic evolutionists are conceding -is the idea of getting a mind to squirt into existence by starting with brute, dead, mindless matter."1

Philosophical Evidence for Premise 2 of the Cosmological Argument
Posted by Chad at 6:00 AM