Questions to Ponder: What is your Favorite Christmas Movie?

Hello; this is the second post in a series entitled Questions to Ponder. The first dealt with atheist Richard Dawkins and his claim that Darwin allowed one to be an "intellectual fulfilled atheist." If you missed that one you can check it out here.

This question is much less serious, but very time appropriate. I thought it would be fun to ask-

What is your favorite holiday movie? What is it you like about the film?

Courage and Godspeed,
Chad
Posted by Chad at 6:00 AM 8 comments:

Article: The Christmas Story: Does it It Still Matter? by Rusty Wright

Rusty Wright offers his thoughts on the question, "Does the Christmas Story still matter?" In this article, Wright challenges the reader with the fact that the story has endured, gives hope, was foretold, is substanially supported, and more.
You can read it here.

I would encourage you to visit Probe for great apologetic resources!
Courage and Godspeed,
Chad
Posted by Chad at 6:00 AM 2 comments:

Article: What are the Origins of Christmas and can a Christian celebrate it? by Matthew Slick

In this article, apologist Matthew Slick of Christian Apologetics and Research Ministry (CARM) discusses the origin of Christmas and whether or not a follower of Christ is free to celebrate the holiday.

You can read it here.
Courage and Godspeed,
Chad
Posted by Chad at 6:00 AM No comments: 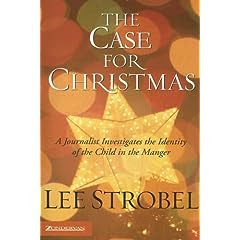 In this brief video, author and speaker Lee Strobel gives his case for Christmas. In this talk, Strobel presents a fraction of the information presented in his small book The Case for Christmas: A Journalist Investigates the Identity of the Child in the Manger.

Featured Audio: An Interview with John MacArthur- The Jesus You Can't Ignore

In this interview, pastor and teacher Dr. John MacArthur discusses his latest book entitled The Jesus You Can't Ignore: What You Must Learn from the Bold Confrontations of Christ.

In this short, 26 minute interview, MacArthur challenges the evangelical world to fight for truth and gives tips on how to do it.

You can listen to this audio here or download the MP3 here.

This audio was originally found here. 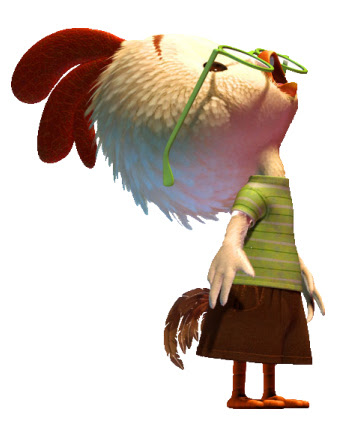 Well, if you believe some in the news, 2012 is when the world is ending. Of course, I personally don't believe that, but many are speculating and asking questions.

Charlie Campbell, of Always be Ready Ministries, has created a resource page for the 2012 phenomenon and I thought it may be helpful to some.

You can check it out here. I also encourage our readers to checkout the wealth of other resources offered at ABR.

Courage and Godspeed,
Chad A. Gross
Posted by Chad at 6:00 AM 3 comments:

Resources about the Twilight Saga

Unless you live in a cave and rarely venture out of it, you have most likely heard of the new book and film series, Twilight, based upon the books by Stephanie Meyer, a Mormon. The book centers around the romance between teenager Bella and Edward, a human-vampire.

Here at Truthbomb, we desire to not only inform followers of Christ, but to also provide them with useful, practical, and relevant information. It occurred to me that many Christian parents may have questions about this new book series such as: 1. What is this all about? 2. Should I let my teen read these books? Watch the movies? 3. Are there any Christian themes in the stories? 4. Is it violent? 5. Is it demonic?
There are many more I could list and while I haven't read the books, it is my desire in this post to provide parents and teens with some Christ-centered resources that discuss the various themes and issues in the Twilight saga:

The views represented in this post vary. More resources will be made available if/when they are found. If you know of any, or have any thoughts to share about the books or movies, please send them our way or share!

In this recent article, Dr. Frank Turek, of CrossExamined.org, explains why science doesn't really tell us anything- Scientists do!

You can check out this thought-provoking article here.

Apologetics 315, your one-stop internet source for all the best current apologetics audio, has recently posted a debate that will be of interest to those who follow the debate between Intelligent Design and Darwinian Evolution.

The Goliath of Neo-Darwinism vs. The David of Intelligent Design

Evolution News and Views has been posting some very interesting articles as of late regarding the debate between Neo-Darwinism and Intelligent Design.
Are you aware that:

2. Dr. Stephen Meyer's latest book, The Signature in the Cell, was recently voted "book of the year" by the book reviewers at the Times Literary Supplement (TLS) in London? Furthermore, the book reviewers left out some of the year's most pro-Darwin books such as Richard Dawkins' The Greatest Show on Earth and Jerry Coyne's Why Evolution is True. Read more here.

Here is an endorsement for Dr. Meyer's book that comes from atheist philosopher Thomas Nagel:
"Stephen C. Meyer’s Signature in the Cell: DNA and the evidence for Intelligent Design (HarperCollins) is a detailed account of the problem of how life came into existence from lifeless matter – something that had to happen before the process of biological evolution could begin. The controversy over Intelligent Design has so far focused mainly on whether the evolution of life since its beginnings can be explained entirely by natural selection and other non-purposive causes. Meyer takes up the prior question of how the immensely complex and exquisitely functional chemical structure of DNA, which cannot be explained by natural selection because it makes natural selection possible, could have originated without an intentional cause. He examines the history and present state of research on non-purposive chemical explanations of the origin of life, and argues that the available evidence offers no prospect of a credible naturalistic alternative to the hypothesis of an intentional cause. Meyer is a Christian, but atheists, and theists who believe God never intervenes in the natural world, will be instructed by his careful presentation of this fiendishly difficult problem."

Signature in the Cell was previously named one of the top ten best-selling science books of the year by Amazon.com.
In other noteworthy news at Apologetics 315...

One blogger's comments were telling:

"Let me be very honest and say that I'm actually coming around to a position of thinking ID might be viable (in a Christian universe, which I believe to be our universe) partially because I'm sick and tired of the hand-waving and lack of good response from scientists who claim to be experts."

For an atheist's perspective on the debate, see here.
The "goliath" is still standing, but he is starting to look a little smaller...

Courage and Godspeed,
Chad
Posted by Chad at 2:45 PM 18 comments: