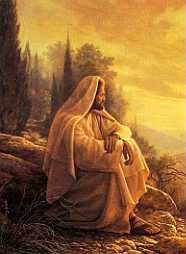 When a Bible critic asserts, “The Bible is an ancient book; full of myths” he must present evidence to support his claims. “I said so” is not sufficient evidence.
When a skeptic proclaims, “The Bible is myth” he is attempting to avoid critically evaluating the evidence for himself. If he were in a court of law, the evidence of, “its just superstition” or name calling would not hold-up under investigation. However, would the Biblical account of the resurrection of Jesus Christ and the New Testament documents hold-up under legal scrutiny?

Dr. Simon Greenleaf, the Royal Professor of Law at Harvard University, was one of the greatest legal minds that ever lived. He wrote the famous legal volume entitled A Treatise on the Law of Evidence considered by many the greatest legal volume ever written. Dr. Greenleaf believed the resurrection of Jesus Christ was a hoax. And he determined, once and for all, to expose the "myth" of the Resurrection. After thoroughly examining the evidence for the resurrection — Dr. Greenleaf came to the exact opposite conclusion! He wrote a book entitled, An Examination of the Testimony of the Four Evangelists by the Rules of Evidence Administered in the Courts of Justice, in which he emphatically stated: (For more, click here: http://christjesus.us/greenleaf.html)

"it was IMPOSSIBLE that the apostles could have persisted in affirming the truths they had narrated, had not JESUS CHRIST ACTUALLY RISEN FROM THE DEAD, . . ."

Greenleaf concluded that according to the jurisdiction of legal evidence, the resurrection of Jesus Christ was the best supported event in all of antiquity! And not only that, Dr. Greenleaf was so convinced by the overwhelming evidence, he committed his life to Jesus Christ!

So let us stop brushing aside the evidence and confront it. I challenge anyone reading this to give the resurrection of Jesus Christ an honest study, consider both sides, with an unyielding desire to discover the truth. Are you willing to follow the evidence wherever it leads?
Courage and Godspeed,
Chad A. Gross
Resources:
1) Simon Greenleaf, An Examination of the Four Evangelists by the Rules of Evidence Administered in the Courts of Justice, p. 29.
Posted by Chad at 7:45 AM No comments:

Prayer for the Chapman Family

For those who haven't heard, awarding winning Christian recording artist, Steven Curtis Chapman and his family, suffered an "unthinkable" tragedy today when their youngest daughter, Maria Sue Chapman, was struck and killed by an SUV driven by another family member in the driveway of their home. Our hearts go out to the family and we here at Truthbomb ask that you pray for them through this incredibly difficult time.
I have danced with my own daughter many times to Steven's song, Cinderella, a song that speaks to the love felt between a father and daughter and can't imagine what he is feeling at this moment.
I trust God and believe that somehow He will be glorified through this and that He will use this mightily in the lives of many, however, it is with a heavy heart I write these words.
Again, please pray for the Chapman family. Praise God that they will see their sweet, little daughter again in glory.
Courage and Godspeed,
Chad A. Gross
For more on the Chapman family, please see:
1) http://www.stevencurtischapman.com/
2) http://chapmanchannel.typepad.com/inmemoryofmaria/- A blog started to remember Maria Sue Chapman.
Posted by Chad at 9:18 PM No comments:

The communication between Oxford professor Richard Dawkins(http://richarddawkins.net/) and Rabbi Shmuley Boteach(http://www.shmuley.com/home.php) is heating up! Dawkins began this exchange with an open letter to Rabbi Boteach comparing his speaking style to none other than Adolf Hitler!
See that letter here:
http://www.richarddawkins.net/forum/viewtopic.php?p=861559#p861559
You may also head over to Rabbi Boteach's site if you would like to watch the discussion/presentation that Dawkins refers to in his letter.

Let us try to set aside the fact that Rabbi Boteach is obviously Jewish and attempt to try to understand what exactly Professor Dawkins was thinking. We have only two options: 1) Dawkins intentionally wanted to insult Boteach in the worst possible manner he could think of 2) Dawkins is completely naive regarding the relationship between Hilter, the Jewish community, and it's history. Admittedly, option two seems hard to believe.
Regardless of Professor Dawkins' intentions, this debate is worth following if for no other reason than to learn how to respond and how NOT to respond to those who do not believe.

Upon recieving the "open letter" from Dawkins, Boteach replied with the following:
http://shmuley.com/articles.php?id=654
Boteach offers a point by point refuting of many of the claims Dawkins made, of course, the main focus being the Hitler charge brought against him. As you read this article, you sense that the Rabbi is clearly offended, but doing his best to remain cordial and respectful.
Not to be out done, Dawkins replied, once again confirming that he believes Boteach "shrieks" like Hitler did:
http://richarddawkins.net/article,2550,My-Response-to-Rabbi-Shmuley-Boteach,Richard-Dawkins
I was disappointed with Mr. Dawkins' reply here. He did not address any of the points made by Boteach and provided nothing more than ad hominen argumentation. The debate challenge was also left unaddressed. Much to their credit, many of the atheists/nonbelievers at http://richarddawkins.net/ who commented on this article agreed that Professor Dawkins' reply was "disappointing."
Boteach replied with the following:
http://www.shmuley.com/articles.php?id=667
Although I could do without Rabbi Boteach continually reminding us of his credentials and accomplishments, here he stresses that he believes that science and religion "need not be enemies" and also encourages the reader to investigate both his comments and those of Professor Dawkins and come to their own conclusion. He also points out that Dawkins has yet to accept or reject his challenge to debate.
Dawkins continues what now has become "mud-slingin" with this:
http://richarddawkins.net/article,2591,Richard-Dawkins-Responds-to-Rabbi-Shmuley-Boteach,Richard-Dawkins
Dawkins once again ignores the debate challenge, however, provides a bit more for the reader to think about regarding the Rabbi's position. At this point, I would say that these two need to go head-to-head and debate or discontinue their dialogs.
Closing Thoughts

As this exchange continues (if it does), I will do my best to keep up with it. However, here I must encourage both the theist and the atheist to present their arguments with reason and evidence. Arrogance and name calling are unnecessary and not a very wise manner in which to present an argument you want to be heard. Whether an atheist or a theist, if you have come to believe what is true, then you should not only welcome, but encourage, inquiry, critique, and healthy skepticism from the questioner.
Courage and Godspeed,
Chad A. Gross