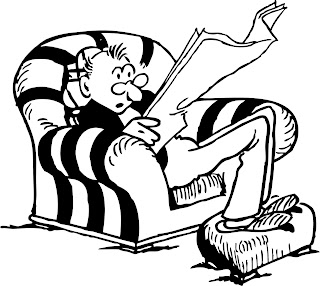 Darwin Is on the Roof — New Book from Michael Behe, Available Now

Against the Tide: John Lennox’s Next Book Will Be His Own Story

No Sign of Scientific Progress in the Middle Ages — Right?

Is it Loving to Take a Girl to Get an Abortion?

Podcast - The Price of Panic with Dr. Jay Richards

‘Peanuts’ Christmas, Thanksgiving specials to air on public television following outcry
Courage and Godspeed,
Chad
Our last edition is here.
Posted by Chad at 7:00 AM No comments:

Is Abortion Right When Pregnancy Presents Risks to the Mother's Life? 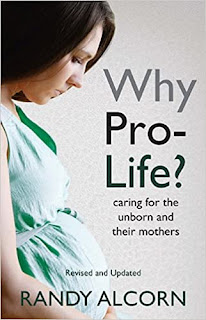 In his helpful book Why Pro-Life? - Caring for the Unborn and their Mothers thoughtfully addresses this challenging question.  Due to the gravity of the question, I wanted to share his full response here:

Is abortion justified when a woman's life or health is threatened by pregnancy or childbirth?  And how often is that actually the case?

While he was US surgeon general, Dr. C. Everett Koop stated that in thirty-six years as a pediatric surgeon, he was never aware of a single situation in which a preborn child's life had to be taken in order to save the mother's life.  He said the use of this argument to justify abortion was "a smoke screen."

Dr. Landrum Shettles, pioneer in infertility treatment and called "the father of in vitro fertilization," claimed that less than 1 percent of all abortions were performed to save the mother's life. (With medical science continually improving, surely the likelihood today is no greater than it was nineteen years ago.)

Save The Life That Can Be Saved

A woman with toxemia will have adverse health reactions and considerable inconvenience, including probably needing to lie down for much of her pregnancy.  This is difficult, but normally not life-threatening.  In such cases, abortion for the sake of "health" would not be lifesaving but life-taking.

At times it is pregnancy itself-because of routine medical appointments and tests-which may serve as a catalyst for discovering an otherwise undetected illness.  But serious illnesses that may rarely occur during a pregnancy can still be treated to protect the mother and her baby.  Breast cancer is identified in about one out of every three thousand pregnancies and is usually entirely treatable.

Cancer [of any type] during pregnancy is rare, occurring in approximately one out of every 1,000 pregnancies...However, a pregnant woman with cancer is capable of giving birth to a healthy baby, and some cancer treatments are safe during pregnancy.  Cancer rarely affects the fetus directly.  Although some cancers may spread to the placenta (a temporary organ that connects the mother and fetus), most cancers cannot spread to the fetus itself.

Dr. John Crown, an oncologist, who has treated women who are pregnant and discover they have cancer, told his Twitter followers he has never had a case where abortion was necessary to save the mother's life.  He writes,
What I say to most patients is, "I know this sounds like the worst thing that could happen but there is a high chance you are going to get two happy outcomes here: you will be cured and the baby will be born normal.  That is the most likely outcome..."
Though more prevalent in postmenopausal women, if the mother has a fast-spreading uterine cancer, treatment to save the mother can place the baby's life at risk.  Certainly, surgery to remove the cancer may result in the unintended loss of the child's life.

Friends of ours were faced with a situation where removing the mother's life-threatening and rapidly spreading cancer would, unintentionally yet inevitably, result in their unborn child's death.  The pregnancy was so early that there wasn't time for the child to develop sufficiently to live outside the womb before both mother and child would die.  The surgery was performed to remove the cancer.

But this was in no sense an abortion.  The surgery's purpose wasn't to kill the child but to save the mother.  The death of the child was a tragic side-effect of lifesaving efforts.  This was a consistently pro-life act, since to be pro-life does not mean being pro-life only about babies.  It also means being pro-life about women.

Ectopic pregnancies, when gestation takes place outside the uterus, account for an estimated 2 percent of all pregnancies.  Most commonly, implantation begins in a fallopian tube but occasionally on an ovary or against or against the abdominal wall.  Usually the pregnancy miscarries without a woman knowing she was pregnant.

According to pro-choice advocates, "Without a doubt, the most frequently presented example of a case in which the mother's life may be in danger if an abortion is not performed is the case of an ectopic pregnancy."

But because of the nature of an ectopic pregnancy, the child would normally have no hope of survival.  And surgery may be necessary to save his mother.  These are tragic situations, but once again they are not the intentional killing of an innocent person who could otherwise survive.  In those instances in which both lives are at risk, and when the death of the unborn child occurs in the effort to keep the mother alive, one life saved is clearly better than two lives lost.

The US Department of Health and Human Services conducted a twenty-year study on ectopic pregnancy rates which indicated an increase of more than 500 percent since abortion was legalized.
Pro-choice advocates rightly point out that "the most frequently presented example of a case in which the mother's life may be in danger if an abortion is not performed is the case of an ectopic pregnancy.

I object to the term abortion in this context, but there is another issue.  According to a 2011 report in the American Journal of Obstetrics and Gynecology, pregnancies identified as "ectopic" or "tubal" are incorrectly diagnosed an estimated 40 percent of the time.

Some have assumed that the increase of chemical abortions should substantially decrease the rate of ectopic pregnancy.  But a 2009 study concluded there may be "a trend toward increasing ectopic pregnancy rates over a recent 15-year period.

While abortion is advocated to protect the health of women, studies show consistently that abortion has placed women at greater risk of ectopic pregnancy, by far the greatest pregnancy-related threat to their lives.
If you are interesting in receiving a free copy of Pro-Life by Randy Alcorn, please email us at truthbombapologetics@gmail.com.  This offer stands while supplies last.1
Courage and Godspeed,
Chad

Footnote:
1. Randy Alcorn, Why Pro-Life? - Caring for the Unborn and their Mothers, p. 79-81; sources used by Alcorn are available upon request.
Related Posts
A Brief Defense of the Pro-Life Position

Video: Atheists Who Oppose Abortion
Posted by Chad at 7:00 AM 1 comment: