Sy Garte: Why I Believe in the Resurrection

At Peaceful Science, we see value in lucid self-disclosures. It is our pleasure to present this confession from Sy Garte, a biologist, who explains how he came to affirm the Resurrection. Dr. Garte’s story is expanded in The Work of His Hands: A Scientist’s Journey from Atheism to Faith, released today, and this book is significant for our current moment. As an atheist biology professor, Dr. Garte encountered Jesus in a dream.

“I believe in Christianity as I believe that the Sun has risen, not only because I see it but because by it, I see everything else.”


God Bless,
Posted by The Other Chad at 3:56 PM No comments:

In this Free Bible Insert J. Warner Wallace shares 5 reasons why you can trust the story of Christmas is true.  They are as follows:

1. The Supernatural Nature of the Virgin Conception Shouldn't Disqualify It

2. The Claim of the Virgin Conception Appears Incredibly Early in Christian History

3. The Birth Narratives in Luke and Matthew are Not Late Additions

4. The Virgin Conception Was Not an Invention of Early Christians

5. The Virgin Conception Wasn't Borrowed from Another Source

He briefly unpacks each reason here.

My Favorite Apologetics Apps
Posted by Chad at 6:00 AM No comments: 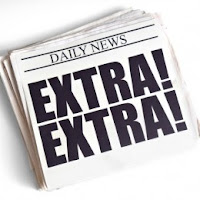 Did Herod Really Order the Massacre of the Innocents, or Did Matthew Just Make Up a Story?

New Atheism: A Shipwreck of Fools

Are Evolution and a Historical Adam Possible? A Provocative Model

A Collection of Responses to Richard Dawkins' Latest Book, "Outgrowing God: A Beginner's Guide to Atheism"

It has been quite awhile since I have taken Richard Dawkins serious as a thinker.  Frankly, Dawkins is a sloppy thinker who only succeeds in dumbing down the question of God's existence.  As I have noted here, there are numerous reasons why his views on ethics, philosophy and theology are sophomoric at best, and morally deplorable at worst.  However, his influence among internet atheists cannot be denied.  Although I confess I don't understand why.  It seems to me that "Darwin's Pitbull," has become nothing more than a yapping Chihuahua.  But, for those who are still (for some unknown reason) influenced by this once great thinker, here are some responses  to his new book for your consideration.

Outgrowing Atheism: it's time for Richard Dawkins to grow up by David Robertson

If Richard Dawkins loves facts so much, why can’t he get them right? by Damian Thompson

Counterpoints: William Lane Craig and Richard Dawkins on Evolution
Posted by Chad at 6:00 AM No comments: