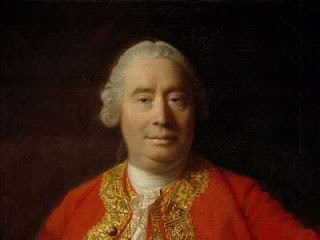 Logically then, if Hume is correct, claims about anything beyond the physical (including God) should not be believed- because they are meaningless. It is not hard for one to imagine why Hume himself said:
"If we take in our hand any volume - of divinity or school metaphysics, for instance- let us ask, ‘Does it contain any abstract reasoning concerning quantity or number?’ No. ‘Does it contain any experimental reasoning concerning matter of fact and existence?’ No. Commit it then to the flames, for it can contain nothing by sophistry and illusion.”

It is not uncommon to run across an atheist or skeptic who still attempts to invoke Hume’s principles in an effort to render any discussion of God and His existence meaningless. Nearly two hundred years later, philosopher A.J. Ayer converted Hume’s two conditions into the principle of empirical verifiability (POEV). The POEV claims that a proposition can be meaningful only if it’s true by definition or if it’s empirically verifiable.1  Apologist Dr. Norman Geisler provides a story from his college years that demonstrates why the POEV sinks it’s own ship:
“On the first day of that class (Logical Positivism), this professor gave the class the task of giving presentations based on chapters in Ayer’s book Logic, Truth, and Language. I volunteered to do the chapter titled, 'The Principle of Empirical Verifiability.' Now keep in mind, this principle was the very foundation of Logical Positivism and thus of the entire course. At the beginning of the next class, the professor said, 'Mr. Geisler, we’ll hear from you first. Keep it to no more than twenty minutes so we can have ample time for discussion…'  I stood up and simply said, 'The principle of empirical verifiability states that there are only two kinds of meaningful propositions: 1) those that are true by definition and 2) those that are empirically verifiable. Since the principle of empirical verifiability itself is neither true by definition nor empirically verifiable, it cannot be meaningful. That was it, and I sat down.'2
In one sweeping statement, Geisler demonstrated the obvious flaw in the principle; it is self-defeating! The POEV excludes itself because it is neither empirically verifiable nor true by definition. Obviously, claims that are empirically verifiable or true by definition are meaningful, but they do not encompass all meaningful assertions. The skeptic who continues to invoke the POEV in an effort to explain away the evidence for the existence of God is merely attempting to present a tired objection to avoid critically examining the available data.
One can investigate the existence of God by studying His effects, much like we study the human mind by observing its effects. We cannot observe the human mind directly, but we can observe its effects. From those effects we make a rational inference to the existence of a cause.3 The existence of the universe itself, it’s fine-tuning, and the complexity of information within living things alone point to, and even seem to require, the existence of a pre-existing cause outside of nature i.e. God.
Courage and Godspeed,
Chad A. Gross
Footnotes:
1) Norman Geisler and Frank Turek, I Don’t have Enough Faith to be an Atheist, p. 57-58.
2) Ibid., p. 58-59.
3) Ibid., p. 65.
Related Posts
Science Philosopher John Earman on David Hume's Essay "Of Miracles"

Why Believing in Miracles is Not Illogical
Apologetics315 Podcast: Miracles Today with Dr. Craig Keener
Posted by Chad at 2:08 PM 3 comments: