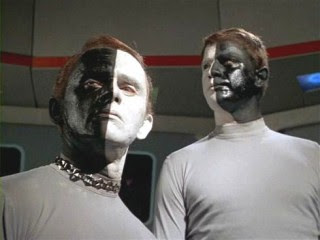 Shelby Cade of Flatland Apologetics has written a great post dealing with skepticism and atheism.

"Atheism and skepticism have nothing to offer when it comes to evidence, but they do have plenty to say contra theism and the Christian worldview. In fact, skeptics can't say anything of note, so why should they be taken seriously? Skepticism is self defeating as a worldview, because the battle cry of skepticism (It is true that we need to be skeptical) espouses nothing more than relativism."

I encourage our readers to checkout the post in it's entirety here.

I would also encourage you to explore Flatland Apologetics.

Courage and Godspeed,
Chad
Posted by Chad at 10:28 PM 1 comment:

A Quote on Overcoming Bias

Those of us who love to read cherish those moments when we are adventuring through a text and a certain passage, quote, or argument jumps off the page and makes us want to shout, "Yes!"

Recently, as I have been slowly working through Mike Licona's latest book, The Resurrection of Jesus: A New Historiographical Approach, I had one of those experiences that I wanted to share.

In the book, Licona shares 6 ways the historian can strive to overcome his or her presuppositions [or "horizons"] when researching a given topic. One of those 6 ways is a detachment from bias in which he offers the following quote by Roy Hoover:

"To cultivate the virtue of veracity, you have to be willing to part with the way tradition and conventional wisdom say things are, or with the way you would prefer things to be, and be ready to accept the way things really are. Veracity has to be the principal moral and intellectual commitment of any science or scholarship worthy of the name. That means, as I see it, that as a critical biblical scholar you have to be concerned first of all not with how your research turns out, not with whether it will confirm or disconfirm the beliefs or opinions or theories you had when you began the inquiry. You have to care only about finding out how things really are- with finding evidence sufficient to enable you to discover that and with finding also whether or not what you think you have discovered is sustainable when it is tested by the critical scrutiny of others...But to be open-minded interminably, or to be locked open, as a colleague of mine once put it, is not a virtue. It is a failure to think, a failure to learn, a failure to decide and perhaps a failure of nerve." 1

1. Roy Hoover as quoted by Mike Licona, The Resurrection of Jesus: A New Historiographical Approach, p. 58.
Posted by Chad at 10:58 AM No comments: 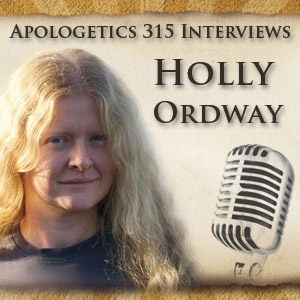 Brian Auten of Apologetics315 has been doing some outstanding interviews with various Christian apologists. His latest interview, with former atheist Holly Ordway, is of special interest!

"Today's interview is with Holly Ordway, professor of English and literature and author of Not God's Type: A Rational Academic Finds a Radical Faith

Check out Holly's blog here, her podcast here, and her book Not God's Type: A Rational Academic Finds a Radical Faith

. Also check out this audio which includes Holly's testimony."

I hope you enjoy this interview!

Courage and Godspeed,
Chad
Posted by Chad at 9:40 PM 2 comments:

Common Objection #15- "If God/Jesus would only appear to me, then I would believe."

Many claim that if Jesus would only appear to them or if God were to perform a miracle for them, then they would believe. I am skeptical of this claim for a few reasons.

Ultimately, I believe that God has provided enough evidence for those who desire to know if He exists or not. As I have heard philosopher J.P. Moreland say:

"God maintains a delicate balance between keeping his existence sufficiently evident so people will know He's there and yet hiding His presence enough so that people who want to choose to ignore Him can do it. This way, their choice of destiny is really free."

I do not believe the problem is the absence of evidence, but the suppression of it. The Bible is very clear that if someone wants to know God, he or she can:

"If anyone wills to do His will, he shall know concerning the doctrine, whether it is from God or whether I speak on My own authority" (John 7:17; Emphasis mine).

So, if these verses are true, the unbeliever is without God because he or she isn't sure they want to be with God. 1

This claim also rests on the assumption that the individuals lack of belief stems merely from intellectual objections. However, as Ravi Zacharias puts it:

It is quite simple, I believe, to sustain this. Imagine what would happen if Jesus decided to personally visit a skeptic who continually claimed, "If God would only appear to me, then I would believe."

Initially, after the visit, the skeptic decides that he believes and begins to follow Jesus. However, after a week, a month, or even a year, he begins to think, "Gee...I wonder if that really happened or maybe it was a dream? Maybe it was a hallucination?" You see, the problem never was intellect; it was the fact that the skeptic never repented and admitted his need for God in the first place. Now, the skeptic finds himself right back where he started- "Okay God, if you appear to me just ONE MORE TIME, I promise to follow you for the rest of my days..." and so the endless circle continues.

Before someone can truly give his or her life to Christ and follow Him, He must first recognize and admit his own depravity.

For a great treatment of the question, "Why Isn't the Evidence Clearer?" by Dr. John Bloom, click here.

1. I would encourage those who are still investigating the question of biblical authenticity to visit our Old and New Testament Research Materials located here.
Posted by Chad at 4:07 PM 39 comments:

This objection has been made popular by scholars such as Bart Ehrman, who has written:

"Jesus' own followers...were mainly lower-class peasants--fishermen and artisans, for example--and...they spoke Aramaic rather than Greek. If they did have any kind of facility in Greek, it would have been simply for rough communication at best (kind of like when I bungle my way through Germany, to the general consternation of native speakers). Even more strikingly, the two leaders among Jesus' followers, Peter and John, are explicitly said in the New Testament to be "illiterate." [Acts 4:13]...In the end, it seems unlikely that the uneducated, lower-class, illiterate disciples of Jesus played the decisive role in the literary compositions that have come down through history under their names." [1]

However, as New Testament Scholar Timothy Paul Jones reports, Dr. Ehrman only gives us part of the picture:

"...he [Ehrman] is correct that some members of the Judean ruling council pointed out that Peter and John were agrammotoi or "unschooled" (Acts 4:13). How, then, could such testimony-stories that may have circulated first in coarse Aramaic- have turned into Greek documents found in the New Testament Gospels today?

The first difficulty with Ehrman's interpretation is that the word agrammatos does not necessarily imply that Peter and John were illiterate. In the context of the Jewish council, agrammatos likely meant "untrained in the Jewish law." If this is the case, the council members were pointing out that, despite their boldness in interpreting the Hebrew Scriptures, Peter and John had not been schooled as rabbis." [2]

Were the traditional authors of the four NT gospels "illiterate" as many claim? Jones provides an in-depth look in hopes of answering that very question.

"In the book that bears his name, Matthew is presented as a "publican" or "tax collector." It is doubtful that any early Christian would have fabricated this bit of vocational trivia. After all, the very idea that Jesus asked a tax collector to follow him must have been a bit embarrassing. When the Gospels were written, Roman governors expected tax collectors to stockpile personal wealth by cheating people- and most tax collectors apparently complied with this expectation. Not surprisingly, tax collectors rarely make it to the top of anyone's list of most-loved citizens.

In Roman rhetoric, to refer to someone as a tax collector was to call that person's honor into question. In the writings of Josephus, the Jewish historian told how a Judean tax collector bribed the corrupt governor Florus not long before Florus incited the Jewish rebellion against Rome. And, according to the Gospels, folk in Judea and Galilee grouped tax collectors with drunkards, gluttons, pagans and adulterers (Matt. 11:19; 18:17; Luke 18:11). Simply put, answering the classified ad that read "Become a Roman tax collector! Make millions fleecing your friends!" was not the most promising pathway to personal popularity in the ancient world.

But there was one skill that tax collectors did possess. They could read and write.

Tax collectors were, in fact, know to carry pinakes, hinged wooden tablets with a think wax coating on each panel. Tax collectors used styluses of metal or bone to etch notes in the wax- notes that, in most cases, were later translated and rewritten on papyrus. Papyri from Egypt prove that tax collectors also wrote receipts and registers for citizens in their villages.

Despite Ehrman's disdainful description of the first disciples as "uneducated, lower-class, illiterate," a tax collector such as Matthew could not have fit such a description. The daily tasks of a Galilean tax collector required him to collect, copy and record information, probably in multiple languages." [3]

Jones continues by describing the skills that a physician in the ancient world would have most likely possessed:

"...a physician would seem to have possessed, at the very least, the capacity to read the summaries of medical knowledge that flourished in the first century. What's more, papyri from Egypt prove that ancient physicians and their scribes frequently wrote reports for law-enforcement officials regarding suspicious injuries and possible causes of death, as well as statements for slave masters certifying the health of slaves. So- if indeed Luke was a physician, as the letter to the Colossians suggests-it's unlikely that he was "illiterate" or "uneducated." And many physicians were capable of pulling together various eyewitness accounts into a coherent report, just as the preface of Luke's Gospel implies that the author has done." [4]

"That leaves Mark and John. When it comes to these two witnesses, Ehrman may be correct: Though it is by no means certain, either or both of these men may have been illiterate. Yet even this doesn't preclude the possibility that eyewitness sources stand behind the NT Gospels.

In the first century A.D., professional scribes were readily available to render messages from other languages, including Aramaic, into polished Greek. Complex legal titles, eloquent epistles to family members and simple commercial receipts all required secretarial skills- and provided livelihoods for a multitude of scribes not only in urban areas such as Ephesus and Rome but also in Galilee and Judea. And prosperous patrons weren't the only people that used professional scribes; persons from poorer classes employed scribes too. Even though Paul was completely capable of writing Greek (Galatians 6:11; Philemon 1:19-21), scribes penned Paul's letters for him (Romans 16:22; see also 1 Peter 5:12).

It's entirely possible that Mark and John employed professional scribes to render their oral accounts of Jesus' life into the Greek documents that centuries of copyists have passed down to us. If so, they would still have been the sources of these Gospels, even if they didn't pen the actual words.

So, it seems, as is often the case with Professor Ehrman, there is indeed more to the story! Ironically, even Ehrman himself admits that the New Testament is reliable! Check it out here.

For those desiring to explore the authorship of the Gospels, go here or here.